After a few serious buyers contacted me, I backed out on selling my bike. It's tough not to get discouraged when I've been building the bike for a long time and it's faught me every step of the way. The guys at UTMC were the main factor in reinforcing my decision not to sell. Plus, I added up all the money I've put into it and I couldn't justify selling it without riding it.

Last weekend, we fixed the oil leak, rejetted the carbs and then began work on the slide issue. After checking the cable, idle screw and other bits, we determinded it was a cable length issue. So, instead of dropping my hard earned cash on another, I trimmed back the flex housing about 1/4". Now they're all the way down with the throttle closed. I still need air filters but I'm short on cash for a while. After we fixed the carbs and began test starting, I noticed the right plug is black while the left is nice and clean. Definitly a timing issue. I pulled the plug and fired it again to check for spark and it was good. But when I hit the kill switch, it kept turning over! I almost crapped myself. We pulled the battery and began checking for a short but everything looked good. So I pulled the starter selonoid and replaced it with my spare. Problem solved and now onto the next issue.

If I make it to the shop this weekend, we're going to tackle the timing. I'm pretty sure it's off, so time to open those valve covers again. I was hoping that I wouldn't have to mess with the cam chain again but I should have double checked it before I installed the engine. I've also decided to ditch the stock scrambler pipes. They're bent and sit off the engine too far. That throws the balance off to the point of being almost too unstable to ride. I thought about cutting the headers off and fabing a mount for them. But I could get a few pennies for those pipes and put them towards a nice 2 into 1.

My dreams of future projects are starting to get specific. Next year, the RedQueen and I will be getting a house if all goes well. She understands my need for a nice garage to fill with more tools and project bikes. I want to learn how to weld and maybe even start fabbing parts. I want my next project to be either a RD400 or perhaps a GT380. I dig the RD but I know they're not cheap or easy to find. 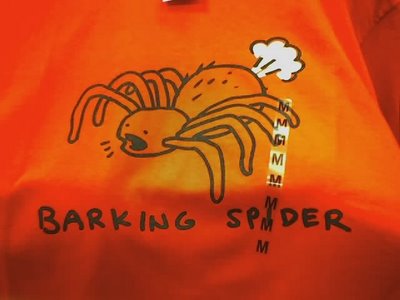 Saturday did not go well at the shop. The first item on my to do list was to get the slides to close more than 3/4 throttle. So, I pulled the idle scews and saw minimal change. I started to adjust the cables on the topside of the carbs. The left side dropped a bit but the right adjuster broke. That really started the day off on a craptastic note. The adjuster is brass and I was being careful to not use too much force but still *snap*. A new one is en route from Pro-Flo. I pulled the carbs, sprayed them out and drained the tank.

After rinsing the gas out of my mouth I sat back and looked at my bike. Then, like always the thought popped in my head. *sell it* But this time it truly sounded like a good idea. I've put a lot of money and time into this bike and I don't have to time to work on it like I used to. Granted that will change but not before this season is over. So that will be 2 missed seasons.

I'm not looking at the CL450 as a failure, it's just getting to the point where it might be smarter to walk away. Funkz and I built a running engine and assembled a bike out of boxes of parts. I'm pretty proud of that (even though it ran kinda crappy due to the carbs).

So, I posted the bike for sale on a few boards and had some hits. But the devils on my shoulders are playing the "sell it, no keep it" game. Say I get the Mikuni's running, what will be next?

Should I just let this one go and be proud of what I built? Is it smarter to just get a set of stock CV carbs and sell off the Mikuni's? They would pay for the new carbs and part of a set of tires. But I won't be able to work more than a few hours every other Sunday or Saturday. I hate making these kinds of decisions. For now the ads stay online.
Posted by red at 12:43 PM 1 comment:

Tomorrow I'll be hitting the shop after a long break. I've only found 2 sources for 57mm air filters: Uni and K&N. Reliable sources say the Uni filters are junk, so I'm pinching pennies for the K&Ns. Hopefully I can get the scoot going tomorrow after I crank down the idle and tinker with the Mikunis. My tuning manual is still on back order. If I can't get it running, then I'll have to drain the gas and wait for my filters.