Project CBR600F: Once Piece at a Time

This past weekend, I managed to squeeze in a couple of hours in the garage.  Most of that time was spent removing the cocoon of cardboard and recycling from around the CBR, and putting my tools away from various projects over winter.

Once that was complete, I rolled the CBR out of it's alcove, pulled the seat and tank so I could get a good look at what chaos I was in store for.  I started out by installing the starter/pulse generator cover and getting the wiring routed appropriately. 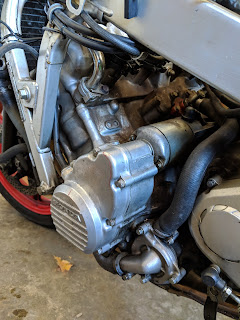 Thankfully, the unit I scored from eBay managed to include all the bolts (plus 2 spare!) and a usable gasket.  The previous PO (the guy who stuffed this bike into a ditch) had just cut the wiring from the old cover, so it took me a little bit to find it's connector mate.

Next I was able to pull the shattered thermostatic switch from the radiator. The fan had been hardwired to run all the time.  I plan on putting it back to the proper set up.  With the radiator mounted, I realized it is missing the oil line brackets.  A quick search on eBay and a set are on the way.  On the topic of the oil cooler, I will need to fabricate a way to mount the oil cooler off of the radiator.  It used to mount to the sub-frame that I will not be using.

The rest of the progress was little things like the battery box, passenger pegs (in all their 80's white paint glory), radiator lines and reconnecting the harness.  I still have a laundry list of parts I need to order but my budget doesn't match my needs right now.  Hell, I still don't have the title but it's not like I'll be riding it this season. 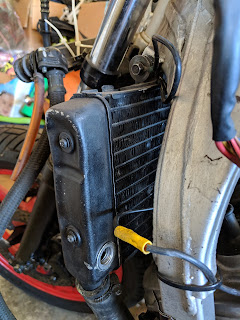 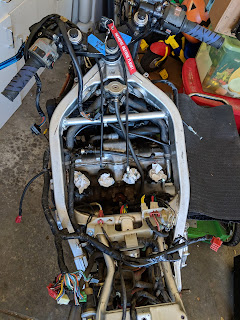 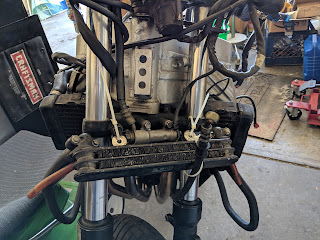 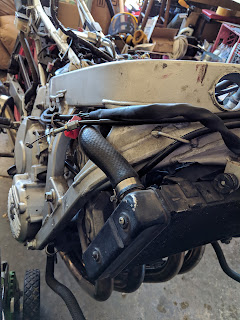 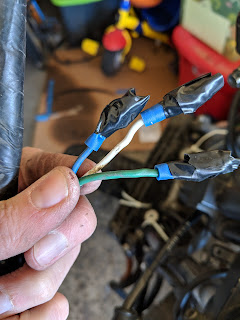 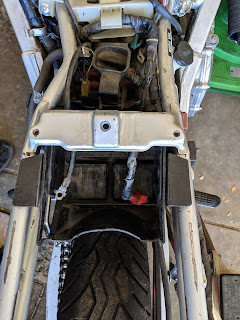 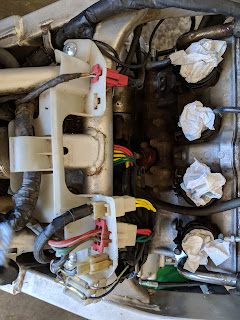 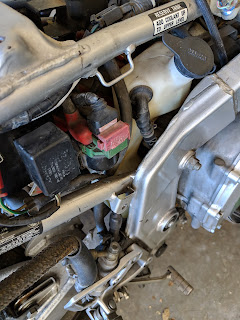 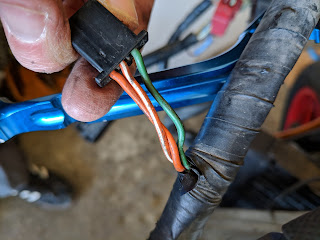 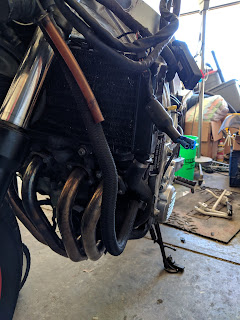 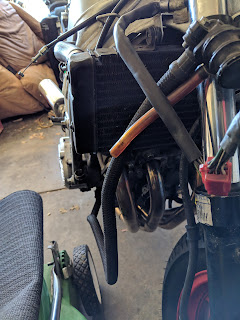 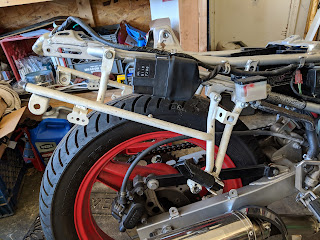 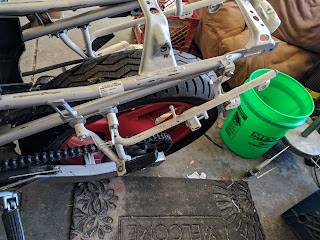