Over the past few weeks, I've managed to make a little progress.  I tracked down a replacement thermostatic switch and got it installed.  It's a direct Honda replacement, so it should work properly now.  If not, I guess I'll just hardwire it.

The new clip-ons are mounted but I need to drill holes for the control studs.  On my XJ, I went the lazy route and ground them off.  Turns out, it's really annoying to have switches that rotate when you use them! The brake master cylinder is at a pretty good angle.  At first I was going to replace it but I've been doing some Googling and it may be ok, we'll see.  I'm waiting on my grips, clutch lever and heated grip kit, then I can button up the controls. 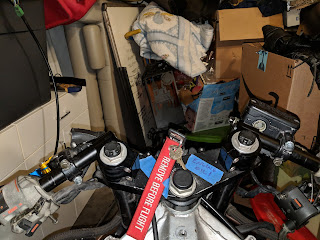 Today, I got the oil cooler mounted and the lines routed. A rhyme!  The lines are just zip tied to the frame but it works.  I didn't have any flat stock that would work well but when I removed the horn, I realized it's mount was made of 3-4 pieces of flat spring steel.  Score!  The mount got recycled for my oil cooler. 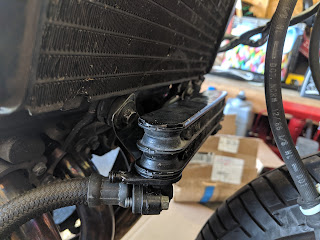 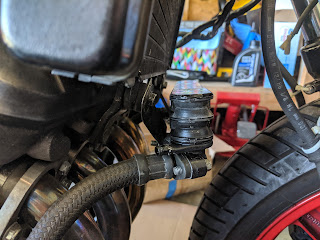 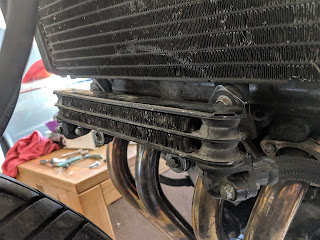 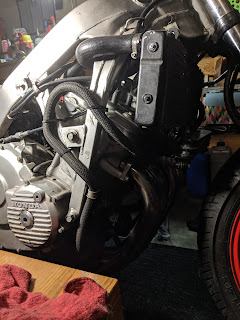 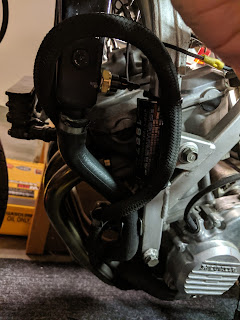 With a Herculean effort, I managed to remove the old carb boots.  They were rock hard and split.  A few came apart in pieces.  Glad I found a set on Amazon.  They aren't OEM but at least they're soft rubber! 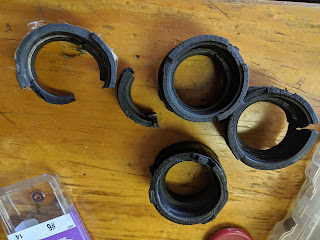 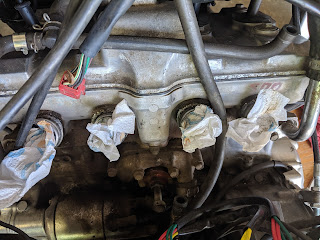 Next garage session, I'll get the intakes cleaned up and the new boots installed.  I still need to do the valve service but that will require more than an hour. Perhaps that will be my Father's Day project! 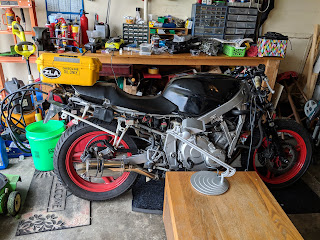 It's nice to have space to work again.